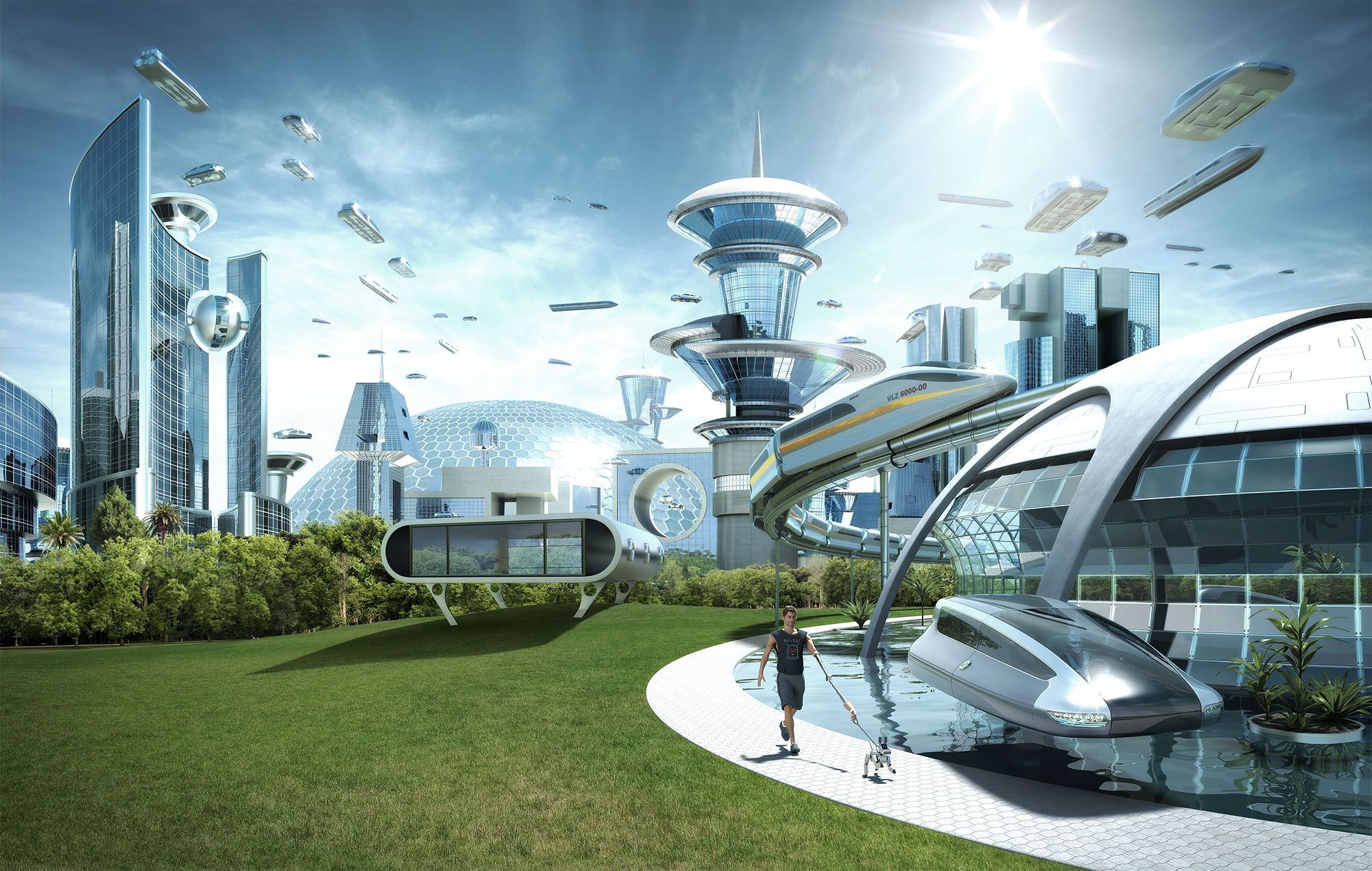 Part-three; Homes of The Future

In October, we started a 3-part series examining the past, the present and the future of homes and housing. We have journeyed from huts made of bones and animal hides to steel skyscrapers housing hundreds. As we progressed through the history of homes, we saw a constant improvement in the comfort, security and utility that homes provide. In this final instalment, we will speculate about the future of homes and housing based on current trends and cutting edge technology.

Two home building technologies that are currently in use, which we didn’t mention in last month’s segment are modular homes and 3D printed homes. Both technologies are likely to become more and more prominent in the coming years as developers look for ways to make greener and more efficient to build. 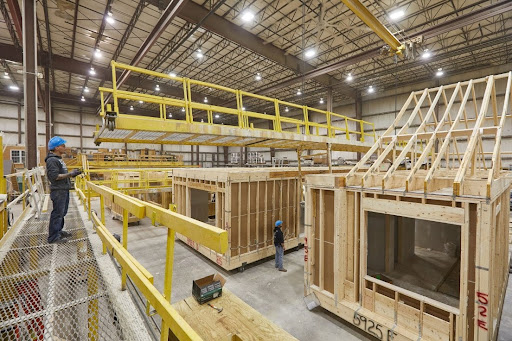 Modular homes are homes which are built off-site, then transported and assembled at the final site location. By building homes this way, there are great savings in time and costs as the homes can be built in a production-line type setting.

3D printed homes are built using a computer guided nozzle that sprays layer upon layer of material, typically concrete, to eventually form a home. Like modular homes, the components of the home can either be printed on-site or off-site. Not only can this technology help to cut costs, speed up the production of homes and make the process of building a home safer, but it also allows developers to more easily create unique designs such as curved walls. 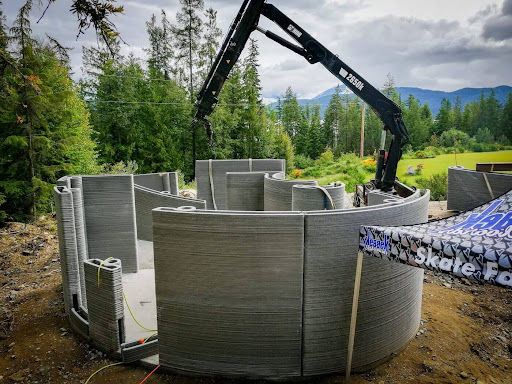 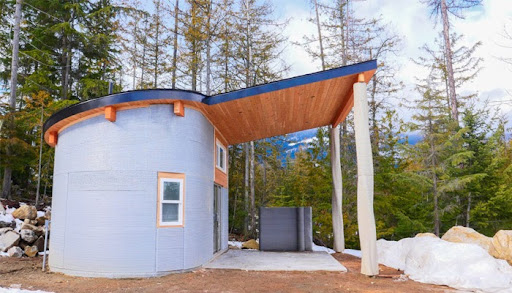 The construction of homes will likely continue to shift further and further towards greener and more resilient building methods as climate change continues to be a forefront issue. Homes of the future will become more and more self sufficient, generating their own power via solar and wind while collecting and recycling water. Many also speculate that at-home food production may become more of the norm, via vertical gardens and hydroponic systems. 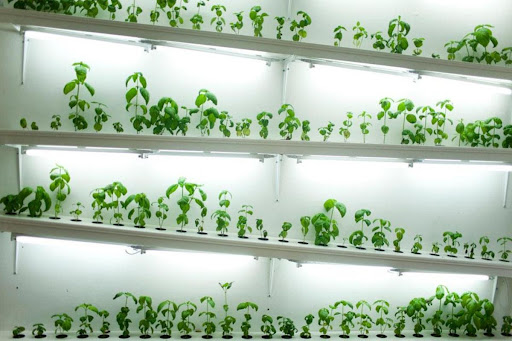 Most city planners agree that the biggest changes to homes and housing in the near future won’t necessarily be how we build, but where we build. Homes have historically been built based on transportation and proximity to jobs. With the introduction of the personal automobile, homes began to sprawl more and more outside urban areas.

Jennifer Keesmaat, Toronto’s former Chief City Planner, was quoted saying,“Seventy-five per cent of all new housing built in the last decade has been in areas of auto-oriented sprawl, which is inherently unsustainable and is actually also very costly, because it demands a tremendous amount of road infrastructure and different kinds of services.”

In addition to the infrastructure costs associated with sprawl, we also know that the greenhouse gas emissions caused by daily commuting are contributing to climate change. As such, we are likely to see much more densification and in-fill development of existing urban areas. This means more multi-family houses, laneway and garden houses, and of course more mid-rise and high-rise multi-resident buildings. 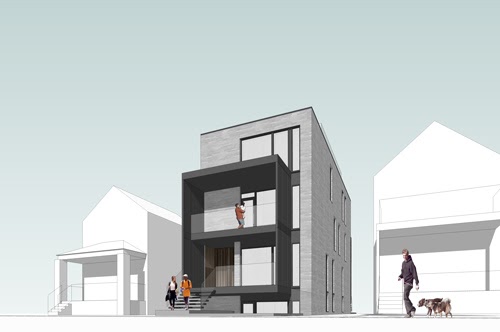 Urban densification will likely mean that the average home size will decrease. In fact, since 2015 we have already begun to see the trend of average new home sizes getting smaller. Smaller homes means designers will have to figure out creative ways to make spaces more diverse and functional.

Many are familiar with the murphy bed, a bed that folds into the wall. Concepts like this which allow homeowners to transform rooms throughout the day or as needed, will likely become more and more prevalent.

We are also likely to see many of the current smart home trends further develop and become more seamlessly integrated into homes and lives. Perhaps manual light switches will become a thing of the past, having everything controlled by voice and/or mobile phones. Refrigerators and pantries that automatically order supplies which you are nearly out of. Floor tiles that can sense our vitals and warn us at the earliest stages of a disease. No one knows for sure where smart home tech will be in ten years from now, but many believe it will likely be more seamless.

Swiss industrial designer Yves Béhar stated, “Technology that is interruptive, distracting, and that is a visual scar on the home environment will disappear for experiences enabled by intelligent and invisible tech. For me, the home in 20 years is silent, focused on human interaction, sustainable, healthy, and uniquely shaped experientially for its occupant. I see the systems of the house are passive and efficient.”.

Whatever the future has in store, we are sure that the home, in its many forms, will remain a staple of the human experience. At URBINCO, we are excited to move into the future, continually pushing our home designs and concepts further and further in the pursuit of comfort, security, sustainability and utility. We invite you to see some of our leading edge housing projects here.